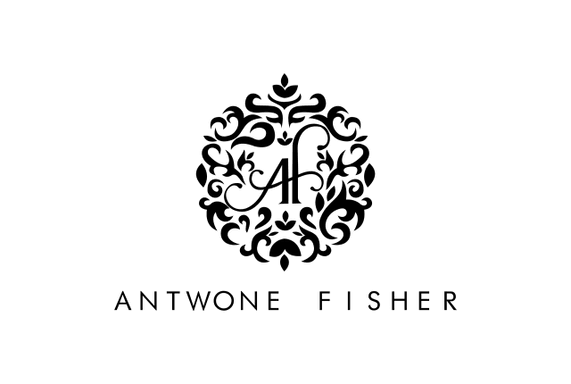 Born in an Ohio prison to a teenage mother, Antwone became a ward of the state and was placed in foster care.  He lived two years in a caring foster home but was subsequently removed and suffered twelve years of abuse at the hands of his new foster family.  Unable to land another home for him, at age 14, he was relocated to a penal institution for teenaged boys in western Pennsylvania where he remained until he graduated high school at 17. Emancipated from foster care, he found himself in the world alone and homeless, living on the streets of Cleveland, Ohio.

Antwone set on a path of healing when he entered the United States Navy where he served his country for eleven years.  Antwone was awarded or earned the following ribbons and medals while serving on active duty: Navy E Ribbon, Two (2) Navy Good Conduct medals, Armed Forces Expeditionary Medal, Humanitarian Service Medal, Navy Sea Service Deployment Ribbon with three Bronze Stars.  A U.S. Navy veteran, Antwone Fisher was appointed to the honorary rank of Chief Petty Officer by the Master Chief Petty Officer of the U.S. Navy, on October 5, 2009. NAVY:

After his honorable discharge from the u.s. military at the rank of E-5 (SH2), Antwone became a Federal Correctional Officer with the Federal Bureau of Prisons and after three years of service, he took a job with Sony Pictures Studios and worked as a Sony Security Officer for eight months before he began writing the screenplay for his own story.

Antwone has worked in Hollywood as a screenwriter for more than twenty-six years with an impressive fifteen film writing projects, script doctoring or script consultant assignments with the major studios.  Among those film projects are, Rush Hour, ATL and the classic feature film, ANTWONE FISHER, directed by and starring Oscar-winning actor Denzel Washington.

In 2005 Antwone was listed among Fade In Magazine’s “100 People in Hollywood you need to know”.  On April 23, 2013. Antwone testified before the Senate Finance Committee.  The hearing titled: The Antwone Fisher Story as a Case Study for Child Welfare.  Antwone’s first book, Finding Fish: a memoir, chronicles his inspiring story became a New York Times and National Bestseller.  Antwone has taught in the UCLA School of Theater, Film, and Television as well as UCLA  Extension Writers Program.  On May 10, 2003 Antwone Fisher L.H.D. received an Honorary Degree, Doctor of Humane Letters from Cleveland State University.

His collection of poetry, Who Will Cry for the Little Boy? A national bestseller creatively reveals the road from his tumultuous childhood to the man he is today.  His poem Who Will Cry for the Little Boy is featured in Nikki Giovanni's book, "Hip Hop Speaks to Children," Antwone's third book, A Boy Should Know how to tie a tie, won the award for best Literary Work- Instructional from the 2011 NAACP awards.

Antwone made his film directing debut with the award-winning short film, "My Summer Friend." He produced wrote and directed the 2013 documentary, This Life of Mine, The Leon T. Garr Story.  Antwone continues as a prolific writer with his stage project, ANTWONE FISHER: A PLAY; Antwone and 20th Century Fox are in partnership with this play. Antwone's present screenwriting project is with Columbia Pictures.

Antwone is a member of the Writers Guild of America West..

"Mr. Fisher shared his heart-wrenching story, which quieted the audience as every person listened to, and attentively awaited his every word.  Though his story was filled with many tumultuous events, Mr. Fisher was very entertaining, delightful yet impactful.  His story proved to be the inspiration for the century!  I strongly recommend anyone in search of a great motivational speaker to consider Antwone Fisher."

Antwone was such a pleasure and inspiring for everyone. His testimony touched so many including our Mayor and Police Chief, who would love to try to collaborate and bring him back to speak with youth. Thank you.

Antwone did a wonderful presentation.  After speaking, he was very kind and approachable to folks who wanted a picture and to say a few words.  He is quite an inspiration.
Thank you!

Antwone Fisher is very familiar with the subject of child abuse, the challenges of life in foster care, teenage homelessness and the healing power of the Arts. He addresses these issues with sensitivity, honesty and inspiration.

The world first heard of Antwone Fisher’s Story of perseverance, determination, and courage in the film Antwone Fisher, and the publication of Finding Fish, his memoir of a childhood spent in foster care.

BOOK ANTWONE FOR YOUR NEXT EVENT

"I think back on a childhood full of longing for belonging, and see my life now as what I've created out of my dreams. An image comes to mind of Mrs. Brown at the orphanage in Cleveland, me sitting at her side telling her, 'you'll read about me someday.' I was defiantly dreaming then. With no evidence of that ever being possible, I clung to that preposterous vision and with the force of those dreams willed it and made it happen. Not because I needed to be famous, but I needed the world that made me feel uninvited to be wrong. So I imagined myself free, I imagined myself loved, I imagined myself... as somebody." - Antwone Fisher

This story is unlike the film, covers the life of a boy between both narrative by the author, and the writings of social workers who documented his life through reports and observations from visits with his foster parent and foster siblings. It gives an up close and personal look into life on the other side of childhood. A must read!

Filled with inspiring stories, wisdom, and practical know-how, A Boy Should Know How to Tie a Tie.

A plaintive, haunting tribute to a childhood lost to abuse and neglect, to "Azure Indigo," the uplifting and touching poem about his daughters, many readers will find their own feelings and experiences reflected in this lyrical and passionate collection.

Praise for A Boy Should Know How To Tie A Tie

"Antwone Fisher has never hesitated to share the valuable lessons he's learned in life, and his latest book presents a collection of great advice from which all young men can benefit. In A Boy Should Know How To Tie a Tie, Fisher examines self worth and identity, and explores what it means to live as a man of grace and purpose.  He illustrates that, while self image and personality are created on the inside, a man's character is reflected by the way he presents himself on the outside. This is an important bit of truth, and I urge young men everywhere to read Fisher's compelling guide to manhood." - President Bill Clinton

Get 10% off your first purchase when you sign up for Antwone's newsletter!

The Co-Mindfulness Project Coping with the Pandemic

To help each other get through this pandemic with wisdom, grace and kindness, we are hosting a guided meditation every Sunday evening from 8:00-8:30pm EST. To join us, register now it's free and all are welcome.